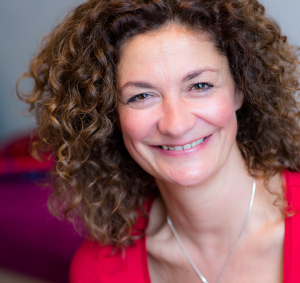 My journey into becoming me began at preconception/conception/in-utero and my birth. I know this because I have worked with these transitions and essentially this knowledge has help me understand more fully why I am me and why I show up in the world as I do. And at times since these beginnings, life has felt as though it has its own agenda to follow – I was just along for the ride, with little or no say in where it was taking me. There were very specific experiences which I needed to explore, people that I needed to meet, journeys that I needed to travel.

At times there was no sense of inner care; danger became a friend, and I must have been living on an emotional and physical edge for many years. This chaotic way of being took me to University, to termination, to London, into addiction throughout the whole of my 20’s, to rape, to the underworld of clubbing with all that that lifestyle entailed. All the time with little or no care or regard for myself, my safety, my well-being.

In short, it was a mess. But through the self-loathing, the fear, the darkness, little chinks began to appear. I began to work with a hypnotherapist gifted with the most wonderful psychic vision and awareness. A connection with the crystalline consciousness and Evolutionary Astrology. And then it happened, by chance, but ABSOLUTELY not by chance, at 32, just back into retail fashion management at a new job with lots of potential, I found myself pregnant, the father not willing or able to play any meaningful role in my daughter’s life. This was the second and last time I was to leave the city that I adored, but which just didn’t love me in the way that I needed. Never for a second did I consider any other option, it was meant to be, and as I have looked back on it over the years, it really felt as though my daughter-to-be had felt my broken heart and had heeded the call to join me.

So, I consulted my astrologer and under his advice moved back to my family in the Midlands. Three months after the birth of my daughter, which was so far from ANYTHING I had written on my birthing plan, I signed up for a weekend course in Reflexology and I was hooked …

Book Your Free 30 Minute Clarity Call With Me Today.

Through 20+ years of training, healing, personal transformation, and clinical sessions, I have been blessed to work with many of the leading lights of women’s wellbeing and spiritual growth, including Clare Spink (Fertility/Womb Massage Therapy™), Tami Lynn Kent (Holistic Pelvic Care™/” Wild Feminine”) Uma Dinsmoore Tulli (Womb Yoga/”Yoni Shakti”), Alexandra Pope & Sjanie Hugo Wurlizter (“Wild Power”/Red School), Anna Verwaal (From Womb to World), William Emerson (Pre & Perinatal birth trauma), and Olivia Bryant at Self:Cervix. Training in these modalities and my own personal work has meant that I am able to offer the unique medicine that each individual client needs.

Through much of this time I have been lovingly held and supported by Mike Neville, my spiritual mentor, healer, and a shining light in my life; Tina Orbart, who lovingly cares for us from above, and Jane Jennings, a true sister (To Be Born/Noctua Earth School) ~ we are blessed to have found each other in this lifetime.

Eventually then, at 55, I find myself in the best place that I have ever been in this life. I have found roots in the first house that I can truly call “home” and I have found myself, my courage, my inner landscape, my needs, my desire, my power. Now that there is a stillness, I can begin to create a life and a service that meets my souls’ contract.

Oh, and I love to play with my grandchildren, holiday around the world, and create beautiful and nourishing food for my extraordinary family as I foster the new beginnings in my garden and vegetable patch. Photography and yoga are my newest passions to bring me pleasure.

You can find out more about which cookies we are using or switch them off in settings.

This website uses cookies so that we can provide you with the best user experience possible. Cookie information is stored in your browser and performs functions such as recognising you when you return to our website and helping our team to understand which sections of the website you find most interesting and useful.

Strictly Necessary Cookie should be enabled at all times so that we can save your preferences for cookie settings.

If you disable this cookie, we will not be able to save your preferences. This means that every time you visit this website you will need to enable or disable cookies again.